Augusta Ada King, Countess of Lovelace is considered to be the first computer programmer because of the many computing concepts she introduced.

Lovelace was the only child of poet Lord Byron to be born in wedlock. Her parents separated soon after her brth in 1815 and her mother, Lady Wentworth, insisted that she was taught mathematics and science.

At 17, through a friend and tutor, she met mathematician and inventor, Charles Babbage who showed her his difference engine, an automatic mechanical calculator. She began to visit Babbage regularly and he dubbed her “the Enchantress of Number”.

In 1842, Lovelace translated an article on Babbage’s proposed analytical engine and supplemented it with notes, thoughts and ideas that made it three times longer than the original version. It was for this work that Lovelace is considered the world’s first computer programmer.

In honour of the pivotal figure in computing, I took to Ada’s List, an email newsletter for women in tech, to find out what Ada Lovelace means to women in the data world. Here’s what they said. 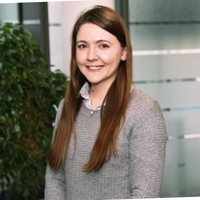 “There was never a question of could she do it. She got it done.”

“Ada Lovelace has been a really important role model because she was so immensely before her time and she essentially didn’t let her gender become an issue at all. She just did it. I love the fact that the reason she started everything was her mother’s influence not wanting her not to become a storyteller poet like her father. She just forged the way and really didn’t take any crap from anyone. It didn’t ever seem like in her story there was ever a question of could she do it. She got it done.” – Lisa Carpenter, developer evangelist, Infosum.

“She could see the broader application and potential of patterns.”

“Beyond her very advanced mathematical and analytical skills, Ada Lovelace is an important figurehead in the data industry because her lateral thinking was second to none. Rather than just see a pattern for what it could be used for within a narrow construct, she could see the broader application and potential. This is what led her to create the first algorithm for a computer without which the entire data industry could never have exploded to what it is today.” – Nadia Sood, CEO, CreditEnable.

“It is ok to think big, it is ok to voice your ideas.”

“Ada Lovelace is a role model and she’s a good one for everybody. It drives me absolutely bonkers how she’s footnoted in the paper that she wrote, but she is, like lots of other women, a good role model for all girls to show that it is ok to think differently, it is ok to think big, it is ok to voice your ideas. One thing that I commonly find is that the men in the room can talk and talk and talk with bravado and no facts, but the woman will sit there and wait until she has something really solid to say. I’d say, ‘you know what, the guys are out there talking, you feel comfortable and say whatever you want as well’.”- Maya Kuzalti, founder, Sipscouts.